If you are looking for advice on how to retire young, here are 10 lessons I learned from my Dad who was financially free at age 50, without ever earning a massive income.

I should start by saying that this post is partly a tribute to my dad who achieved financial freedom by the age of 50 without ever earning a substantial income and also a learning lesson for all parents who are looking to create more financial security in their lives.

This is proof that it can be done.

And no, you don’t have to earn six figures every year to achieve it or be someone super special.

Instead it requires a lot of drive, determination and willingness to step outside your comfort zone.

My dad, who was born in a poor European island village, only finished the sixth grade at school.

Back then, that was the way it was.

There was no reason to stay in school when work needed to be done on the fields.

My mother, who had slightly more opportunities, went on to finish the eighth grade at school.

By the time they were sixteen they both left their homeland for greener pastures.

They came to settle in a new country without a cent to their name.

So how did it come to be that an uneducated young kid went on to retire at age 50, accumulating assets that will provide him with an income for life, without ever earning a six figure salary?

HERE ARE THE MONEY LESSONS I HAVE LEARNED OVER THE YEARS FROM MY DAD, WHO PROVED WITHOUT A SHADOW OF DOUBT, THAT YOU DON’T NEED A LOT TO SUCCEED.

It’s all about how much you save and put away for a rainy day.

And that was his ultimate goal – to save as much as he could every week, not just a flimsy 10% but literally every cent he could hold onto.

Instead it is full of ups and downs.

Example in point: my dad was a chef by trade and when he came to Australia with literally not a cent to his name, he worked day and night until he saved enough to put a deposit on a restaurant.

Then one night his restaurant burned down and he lost everything.

It was back to square one for him but he always kept his end goal in mind – financial freedom –so he picked himself up, brushed off his knees and started again.

THERE’S NO NEED FOR FLASHY CARS

He didn’t care what other people thought of it because his sense of security didn’t come from his material possessions.

To be fair, now that he has retired he does drives a nicer car but it’s a newish mid-range model and definitely not a BMW or Mercedes.

This was such a big thing that he tried to drum into me the moment I started working as a teenager (probably out of fear that I would spend it all on stupid things).

He believed you should not WASTE YOUR MONEY ON FAST FOOD.

He didn’t understand the concept of people not eating their breakfast at home, packing a sandwich and snacks for throughout the day and then having a home-cooked, nutritious meal at night.

That isn’t to say we never ate out…later on we would occasionally have family treat nights on Sundays (yep, it even included trips to McDonalds or Pizza Hut if that’s what we wanted.)

But it was the exception and not the rule.

Would he ever stop to buy junk food at the shops for us?

NOPE (eat when you get home, he would say!)

His belief was why spend excessive money on things that will just go down the toilet.

Having nutritious food at home?

Yes, of course, that was a must.

He was a chef after all and wanted to make sure we always ate well.

He knew homemade food would ALWAYS be cheaper than the overpriced stuff you buy on the go (after all, it’s marked up so that those businesses can pay their rent, bills and staff – they NEED to make money and be profitable, remember?).

While we are speaking about food, he was always obsessed about his garden.

He still has the most incredible vegetable patch that he tends to every day. He grows organic lettuce, cucumbers, eggplant, and tomatoes and even has an avocado, olive, pomegranate and mandarin tree, all in the comfort of his suburban home backyard.

If I had to choose one word to describe my dad it would be hard-working over and above everything else.

He didn’t just work one job as a chef.

He would take on second jobs in order to bring in extra income. He wasn’t scared of hard work or getting his hands dirty.

He would regularly work 60 hours a week if that’s what it took to bring home the bacon.

He would do whatever he could to keep the money coming, even taking on new businesses when he got older and learning new skills.

He believed you reap what you sow and if you sow nothing, you will get nothing in the end.

BE PREPARED TO TAKE CALCULATED RISKS

Because his income wasn’t massive, my dad knew he needed to invest to grow his money (but more on this in the next tip).

I mention this idea of calculated risk as a separate lesson because many people aren’t prepared to take risks.

They don’t want to leave the safety of their comfort zone.

But my father had an end goal in mind (to be financially free) and he knew that in order to achieve this dream he needed to do something different to get to his goal.

He watched to see what other successful people were doing and at the time it was investing in real estate.

He could have said “oh no, that’s too hard, what if I lose all my money?”

He could have decided to live for today and let the future worry about itself.

He didn’t mind a little short-term pain for long-term gain.

Now you need to remember that my dad only finished the sixth grade but he has always been street-smart and super determined.

If he had a question about something, he wasn’t afraid to keep asking until he found the right answer.

If someone else was doing something well, he didn’t doubt that he could do it well too.

At the time, real estate was booming so he sold our first home and bought an old house that he knocked down and rebuilt into something special.

Then he eventually, years later, he sold that house at a profit and used the money to buy an investment property, along with another knockdown house where he built the house my parents are still living in today.

Along the way he continued to work hard and take other investment risks.

Not all of them were great, there were sometimes losses.

But at all times he was doing something to move forward.

He wasn’t afraid to borrow money if he thought he could make it back two or three-fold.

He didn’t fear making investments, because he usually did lots of research beforehand and waited until he was fairly confident he was making the right decision.

(But of course not 100% cocky or confident – there is an element of risk that goes along with every financial decision).

He knew you had to be in the game to win it.

Remember his catchphrase above – Do nothing and don’t be surprised when you get nothing.

My dad is still to this day someone that you wouldn’t pick as having retired early, financially free at age 50.

Even though he is generous with his family and friends, he doesn’t throw his money around everywhere.

He is FAR from a showoff.

He buys only what he truly NEEDS as opposed to what he wants, which I guess is the downfall of so many other people because we all buy things we WANT without thinking, even though we don’t truly NEED them.

His thought is this: just because you have money in your wallet or bank, it doesn’t mean you need to spend it. Be smart with how you choose to spend your dollars.

Will you wish in two years’ time that you had kept that money instead of wasting it on more clothes/toys/junk food/books/things that now either clutter your house or have been tossed away?

You work hard for your money – don’t throw it away mindlessly.

Ah yes it hurt at the time.

My sisters and I were definitely not spoiled as kids.

In fact as soon as we were teenagers we were encouraged to find part-time jobs so we could have our own money to save.

My parents didn’t believe that we needed ten dolls when one was enough.

They didn’t care what the latest fad or craze was so they never indulged in our every whim.

They preferred that we go outside to play with our friends.

They encouraged us to ride our bikes, roller-skate and use our imagination.

Every week I would go to the library and borrow more books than I could comfortably carry so that I could indulge in this free entertainment.

Back then I hated missing on having a Cabbage Patch Kid, Gameboy and probably a long list of now obsolete toys but in retrospect the experience toughened me up.

I really did learn to use my imagination (growing up to write 20 books).

I learned the fine art of patience, persistence and of appreciating everything I did have. Still to this day, I don’t take anything for granted and that is a priceless gift in itself.

THE BEST THINGS IN LIFE ARE FREE

So if it comes across as though we had a terrible life because my dad was working so hard that couldn’t be further from the truth. My sisters and I grew up with the most amazing friends and family.

On the weekends, when my dad wasn’t working, our home was filled with family and friends.

We would go out to dances (dances were a big thing in our community), we would host BBQs and all the dads would have regular card game nights while the moms chatted and the kids played.

We knew without a shadow of doubt that all this – laughter, love, a close-knit community, great friends and a sense of security – was worth more than anything we could buy at the shops.

And that my friends is the real meaning and purpose of life. 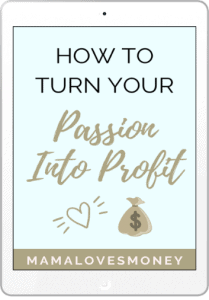 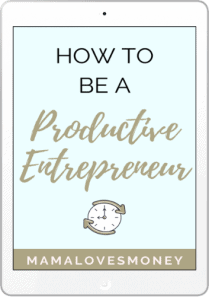 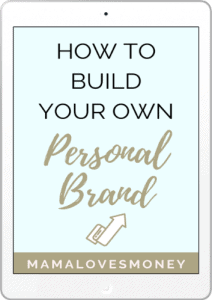