8 Most Common Ways To Billionaire Status

Yep, you read that right.

This article is all about dissecting what common tips and tricks lead to someone becoming not just a millionaire but a BILLIONAIRE in this world.

Once upon a time being a millionaire was the ultimate financial goal everyone could ever dream up (for many it still is).

Remember the movie Brewster’s Millions back in the 80s where Brewster had to spend $30 million in 30 days under a complicated set of rules in order to inherit his great uncle’s $300 million fortune?

That amount of money was INCONCEIVABLE to me back then. Even ONE MILLION DOLLARS was inconceivable to me.

Fast forward to the 2000s and there are millionaires everywhere left, right and centre.

Amazingly becoming a millionaire isn’t as difficult to achieve nowadays especially if you are a home owner (news alert – here in Sydney houses average $1 million+ so if you own your own home you are technically a millionaire).

But a billion dollars is a dollar story. It is when people definitely pipe up and notice.

Now let me say in advance that the goal of this post is NOT to give you the impression that you need to become a billionaire to be successful.

Far from it. Wealth and success is defined solely by you and whatever you deem it to be.

Instead it is simply to stretch the breadth of your imagination.

It is to show you that things are indeed possible.

Do you think that Mark Zuckerberg’s parents could have guessed when he born in 1984 that he would grow up to create Facebook which is now worth $80 billion?

Anything is possible, even when it seems possible.

More examples to make my point:

Do you think people 200 years ago would have believed you if you said flying in an airplane in the sky was even possible?

Or that you could see a loved one in another country via Facetime?

Or that mobile phones or WIFI could even be a thing? I remember my mind when I was a teen and seeing my first CAR PHONE.

Back to this billionaire discussion: this post was written to illustrate that this dream is in fact a reality for a number of people in this world and to show the common ways they have made it happen.

Now can you guess how many billionaires we have in this world?

If you guessed around 100 then you would be FAR OFF.

According to the Wealth-X Billionaire Census, there were 2604 billionaires in the world in 2019 and over a quarter resided in the US.

So what makes these billionaires so special?

A fair few of this list would have inherited their fortune, however assuming you don’t have billionaire parents, there are a few other options to achieve billionaire status.

Here’s the breakdown of how some of these billionaires earned their big buck status:

Many billionaires invested their way to success, or at least earned their money in the financial world.

That’s the beauty of investing – when done well it makes money GROW.

There are several hedge fund managers on that list of billionaires that achieved their financial success through investing other people’s money and taking part of the profits.

A few billionaire investors have also managed to reach that status on their own.

Look no further than the founders of Alibaba, Amazon.com, and Facebook.

While creating an online business and earning a cool billion dollars is far from easy, it HAS been done before and no doubt will be done again in the future.

The potential of the online world is seriously limitless.

3 – Get into the entertainment business

Steven Spielberg is one example of a brilliant billionaire from the entertainment industry (he’s worth $3.7 billion).

Other examples include George Lucas (worth $6.2 billion) and Oprah Winfrey (worth $2.8 million).

Jay-Z and Kylie Jenner also clocked in with a worth of $1 billion dollars.

Thinking of becoming a director or producer? Not a bad move.

It’s not just online businesses, but anything to do with technology has the potential for big bucks.

When it comes to real estate billionaires they aren’t just dealing with single-story dwellings.

Commercial real estate is where the action and the numbers are.

Commercial real estate properties are often worth over 100 million dollars so we are speaking about big transactions.

It’s also easier for people to borrow money for real estate than it is for other types of businesses hence the reason many billionaires have used this knowledge to their advantage.

The sheer limitlessness of possible projects coupled with the incredible leverage provides a lot of opportunity.

It’s hard to believe that an NFL team could be purchased back in the 1970s for around $10 million.

Nowadays most (if not all) teams are worth over $1 billion.

If you are incredibly talented in your area of sports there is a chance you too could strike it rich.

Basketballer Michael Jordan is worth $1.85 billion.

Michael Schumacher also earned $1 billion before his 2013 skiing accident in the Alps left him in a coma.

Among the 2000+ billionaires in the world, 135 actually made their wealth by working in the healthcare industry â€“ or more specifically by focusing on pharmaceuticals, hospitals and medical devices.

Patrick Soon-Shiong who invested the pancreatic cancer drug Abraxane is worth $7 billion.

Thomas Frist Jr, who founded the Hospital Corporation of America with his father is worth $12.4 billion while Cyrus Poonawalla, whose company Serum Institute of India is one of the world’s largest vaccine makers is worth $9.5 billion

When it comes to making billions from retail, there are a few on the list.Â

Robson Walton, founder of Walmart is worth $44.3 billion. Francoise Bettencourt Meyes, the French billionaire heiress behind L’Oreal is worth $49.3 billion while Amancio Ortega of Zara is worth $62.7 Billion.

Then there’s Bernaud Arnault of LVMH, who oversees over 20 brands including Lous Vuitton, Christian Dior, Dom Perignon, TAG Heure. Tiffany and Co and Sephora, who is worth a massive $106.4 billion.

Are you feeling inspired?

Once again the point of this post is not to change your goal from achieving a million dollars to $1 billion (unless you desire it!).

It is simply to show you what is possible in this world.

For some, their goal is to make money while sleeping which is an excellent way to make money, even if just on a smaller scale.

In the end I want you to keep in mind these wise words from the top billionaire himself Warren Buffett:

Of the billionaires I have known, money just brings out the basic traits in them. If they were jerks before they had money, they are simply jerks with a billion dollars.

Then there are these great words from Mark Zuckerberg:

The biggest risk is not taking any risk. In a world that’s changing really quickly, the only strategy that is guaranteed to fail is not taking risks.

I started the site when I was 19. I didn’t know much about business back then.

Don’t let anyone tell you to change who you are. Don’t discount yourself, no matter what you’re doing. Everyone has a unique perspective that they can bring to the world.

Some people dream of success while others wake up and work hard on it.

Go out there and work hard on your dreams, my friend. 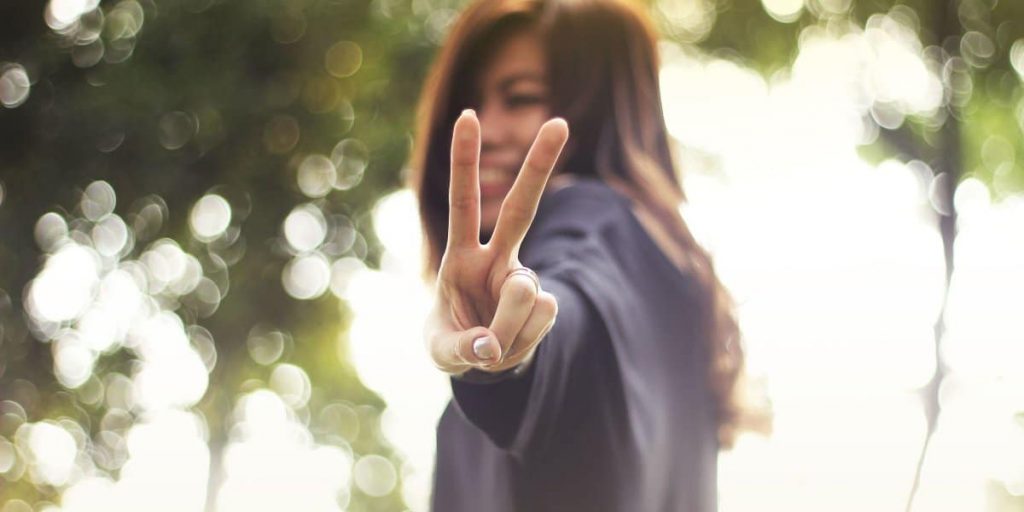 As a busy wife and mother, sometimes I struggle with being happy. When you add in the weight of debt, budgeting, and the busyness…

Want some excellent Warren Buffett Tips? Here are 5 kickass life lessons to learn from the master himself Warren Buffett.   We all know…

Do you have multiple goals and are feeling stressed? Here are 14 tips to juggling more than one goal (lots of them!) without unnecessary…

Reciting Money affirmations helps us change our mindsets around money. We are conditioned to worry about money due to its significance in our lives…. 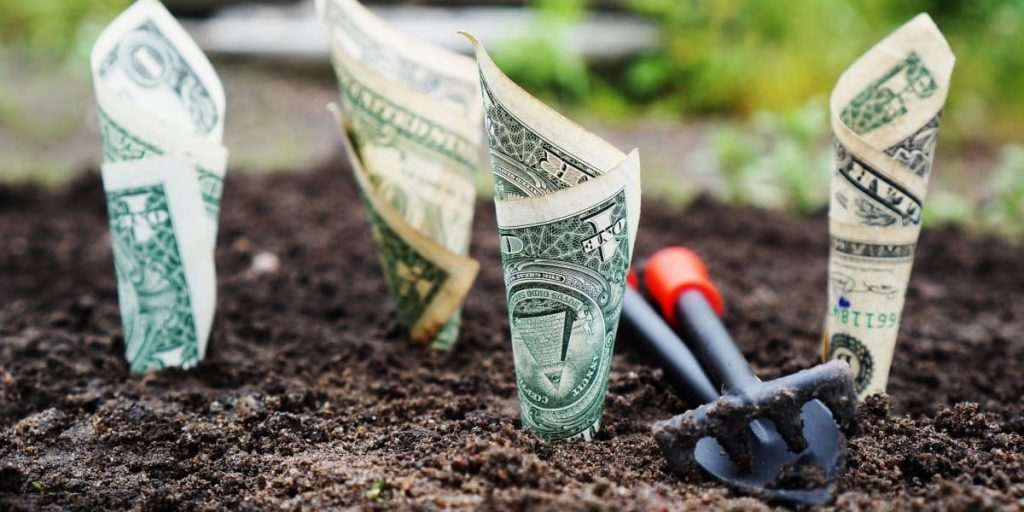 At the top of the year, we found out that we’d be out $1,000 from one of our income sources (bummer) and a few weeks later we were dealt another blow and had to pump an unexpected $2,000 into our rental unit! At this point we had a few choices — sulk, earn some extra cash, or tighten the purse strings.

We all know that rules can be a good thing, especially if they keep you out of trouble. They also tend to be really…