Find some amazing quotes about money in this post.

When it comes to money we all have different views about it. Whatever money is to you, we respect that and if it is working for you, keep believing it.

You do not have to adopt any ideologies out here about here. Sometimes money really is Happiness for some people. Money is also the worst thing to ever happen others.

These interesting quotes about money will let in other people views of money. Share if you find any of your views about money in this list.

2. “Every day is a bank account, and time is our currency. No one is rich, no one is poor, we’ve got 24 hours each.” Christopher Rice

5. “Never stand begging for that which you have the power to earn.” Miguel de Cervantes

6. “You only have so many hours in a day, let others make money for you!” Nick Haase

7. “Money won’t create success, the freedom to make it will.” Nelson Mandela

8. “Money has never made man happy, nor will it, there is nothing in its nature to produce happiness. The more of it one has the more one wants.” Benjamin Franklin

9. “An investment in knowledge pays the best interest.” Benjamin Franklin

10. “Expect the best. Prepare for the worst. Capitalize on what comes.” Zig Ziglar

11. “Stop buying things you don’t need, to impress people you don’t even like.” Suze Orman

14. “There’s no such thing as a free lunch.” Milton Friedman

15. “If you think nobody cares if you’re alive, try missing a couple of car payments.” Earl Wilson

16. “Financial peace isn’t the acquisition of stuff. It’s learning to live on less than you make, so you can give money back and have money to invest. You can’t win until you do this.” Dave Ramsey

17. “Capital as such is not evil; its wrong use is evil. Capital in some form or other will always be needed.” Gandhi

18. “The money you have gives you freedom; the money you pursue enslaves you.” Jean-Jacques Rousseau

19. “Don’t tell me where your priorities are. Show me where you spend your money and I’ll tell you what they are.” James W. Frick

20. “Money, like emotions, is something you must control to keep your life on the right track.” Natasha Munson

21. “The price of anything is the amount of life you exchange for it.” Henry David Thoreau

22. “It is great wealth to a soul to live frugally with a contented mind.” Lucretius

24. “Money is not the most important thing in the world. Love is. Fortunately, I love money.” Jackie Mason

25. “If you lose all the money you make, then you did not make any money at all. Invest with due diligence and make your money work for you.” Robert Kiyosaki

27. “Never spend your money before you have it.” Thomas Jefferson

28. “Money looks better in the bank account than on your feet.” Sophia Amoruso

30. “Wealth consists not in having great possessions but in having few wants.” Epictetus

31. “He who buys what he does not need, steals from himself.” Swedish Proverb

32. “Empty pockets never held anyone back. Only empty heads and empty hearts can do that.” Norman Vincent Peale

33. “Wasting time on timing stuff is a good way to save time from being wasted on other pointless activities like writing, reading, and sleeping.” Will Advise

34. “There is a gigantic difference between earning a great deal of money and being rich.” Marlene Dietrich

35. “Try to save something while your salary is small; it’s impossible to save after you begin to earn more.” Jack Benny

37. “A fool and his money are soon parted.” Thomas Tusser

38. “That man is richest whose pleasures are cheapest.” Henry David Thoreau

39. “Money should be mastered, not served.” Publilius Syrus

40. “A certain way to have financial security in life is not enough savings, but enough ability.” Amit Kalantri

41. “Money, if it does not bring you happiness, will at least help you be miserable in comfort.” Helen Gurley Brown

44. “Money isn’t the most important thing in life, but it’s reasonably close to oxygen on the ‘gotta have it’ scale.” Zig Ziglar

46. “The safest way to double your money is to fold it over and put it in your pocket.” Unknown

48. “The trick is to stop thinking of it as ‘your’ money.” IRS auditor

49. “It’s easy to meet expenses, everywhere we go, there they are.” Anonymus

51. “If you can count your money, you don’t have a billion dollars.” J. Paul Getty

52. “Do you have any idea how cheap stocks are? Wall Street is now being called Wall Mart Street.” Jay Leno

53. “I keep chasing the money but it’s too fast” Unknown

54. “I made my money the old-fashioned way. I was very nice to a wealthy relative right before he died.” Malcolm Forbes

55. “The only exercise I’ve done this month is running… out of money!” Unknown

56. “A fool and his money are soon married.” Carolyn Wells

57. “It doesn’t matter if you’re black or white… the only color that matters is green.” Family Guy

58. “If hard work were such a wonderful thing, surely the rich would have kept it all to themselves.” Lane Kirkland

61. “When money realizes that it is in good hands, it wants to stay and multiply in those hands.” Idowu Koyenikan

63. “Behind every stock is a company. Find out what it’s doing.” Peter Lynch

64. “The individual investor should act consistently as an investor and not as a speculator.” Benjamin Graham

66. “Whenever you invest in any company, you’re looking for its market cap to rise. This can’t happen unless buyers are paying higher prices for the shares, making your investment more valuable.” Peter Lynch

67. “Never depend on a single income, invest to create a second source.” Warren Buffet

68. “A penny saved is a penny earned.” Benjamin franklin

69. “Opportunities come infrequently. When it rains gold, put out the bucket, not the thimble.” warren Buffett

70. “The intelligent investor is a realist who sells to optimists and buys from pessimists.” Benjamin Graham

71. “The biggest risk of all is not taking one.” Mellody Hobson

72. “Business ideas are sensitive to market conditions, culture, technological development, and other things. What maybe was a bad business idea ten years ago may be a great business idea today. Give it a try. Mayflower Plymouth.” HendrithVanlon Smith Jr

75. “Goodness is the only investment that never fails.” Henry David Thoreau

76. “You may delay, but time will not.” Benjamin franklin

77. “When you invest, you are buying a day that you don’t have to work.” Aya Laraya

78. “When everything seems to be going against you, remember that the airplane takes off against the wind, not with it.” Henry Ford

80. “Your body will be around longer than that expensive handbag. Invest in yourself.” Anonymous

Quotes about the greed for money

81. “Earth provides enough to satisfy every man’s needs, but not every man’s greed.” Mahatma Gandhi

82. “It’s all about greed and money and it’s the driving force in Hollywood.” Robert Redford

87. “Greed is a fat demon with a small mouth and whatever you feed it is never enough.” Janwillem Van De Wetering

90.“Are you not ashamed of caring so much for the making of money and fame and prestige, when you neither think nor care about wisdom and truth and the improvement of your soul?”- Socrates

91. “Greed is a bottomless pit which exhausts the person in an endless effort to satisfy the need without ever reaching satisfaction.” Erich Fromm

92. “I was making good money too, and it was honestly hard to consider walking away from it.” Angie Thomas

93. “Growth for the sake of growth is the ideology of the cancer cell.” Edward Abbey

94. “The twin killers of success are impatience and greed.” Jim Rohn

95. “A wise man should have money in his head, but not in his heart.” Jonathan Swift

97. “Money is therefore not only the object but also the fountainhead of greed.” Karl Marx

98. “Leadership is a privilege to better the lives of others. It is not an opportunity to satisfy personal greed.” Mwai Kibaki

99. “God gave him enough, and yet he wants all. Such are the pale-faces.” James Fenimore Cooper

100. “The markets can remain irrational longer than you can remain solvent.” John Maynard Keynes

I hope you found some interesting and funny quotes about money in this post. 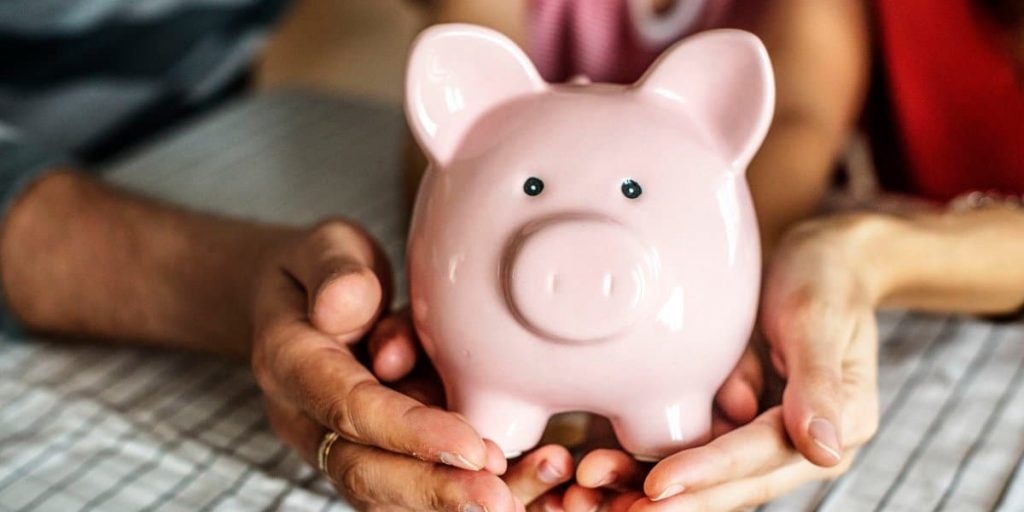 More money is the key to happiness, right? Though that’s what the magazine ads and television commercials would have you believe, lately I’m not…

I write about budget occasionally and also about how to do things for less money like Christmas for less, Summer fun for less, etc….

Want some excellent Warren Buffett Tips? Here are 5 kickass life lessons to learn from the master himself Warren Buffett.   We all know…

Interested in finding remote jobs online? Perfect! Here are the 20 very best websites to help you find work online (perfect for stay at… 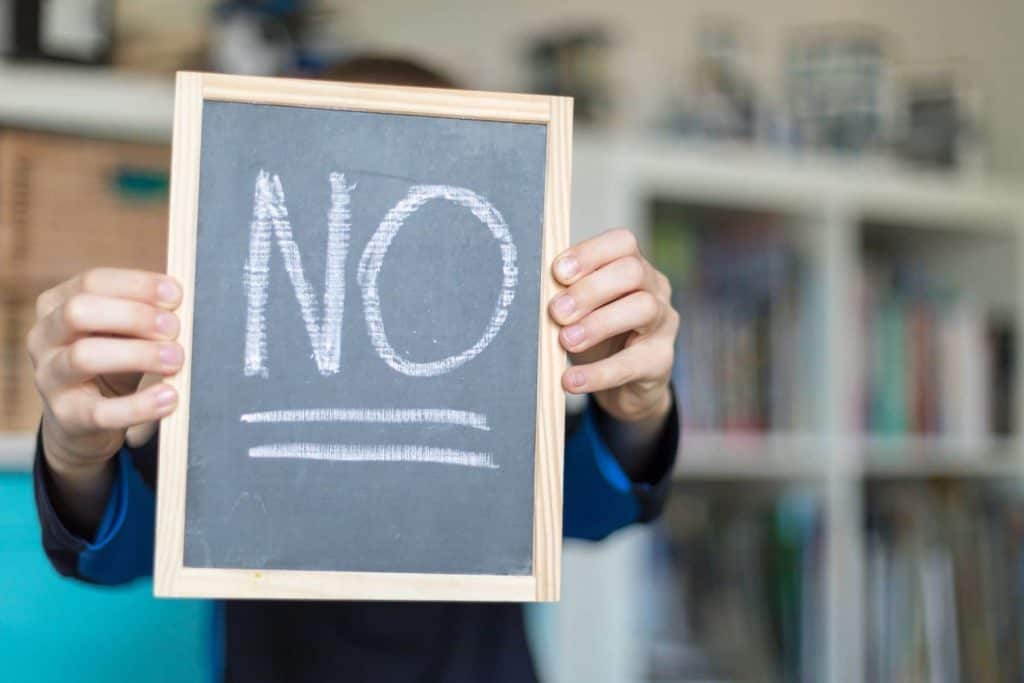 I’m so excited for the new year. It’s less than two weeks away and it is a time of starting over and fresh. I…